100 years of Women in Local Government 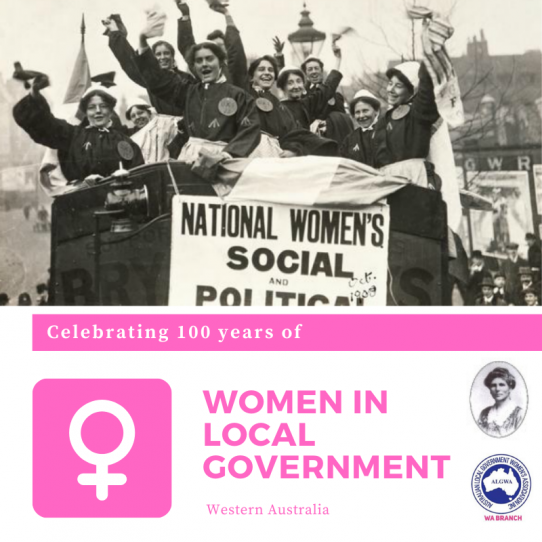 In 2020, we celebrate an important milestone for women in local government. This year, it’s 100 years since the first woman was elected to Local Government in Western Australia.

Councillor Elizabeth Clapham was the first woman elected to Local Government in 1920 and served one term at the Town of Cottesloe from 1920–1922.

The amendment of the Municipal Corporations Act to remove the words ‘no female’ from the list of persons excluded from becoming municipal councillors allowed this to happen.

In 1926, Councillor Clapham also became the first women Inspector of Factories; she was a delegate to the International Women’s Suffrage Alliance Congress in Rome in 1923 and represented the Women’s Service Guild at a conference of the British Commonwealth League in London in 1931.

Elizabeth returned to London after her husband’s death in 1926, after spending 20 active and important years in our state.

The Australian Local Government Women’s Association WA Branch (WAWAs) in conjunction with the Town of Cottesloe are hosting a special networking event in honour of Councillor Clapham on 20 March 2020.