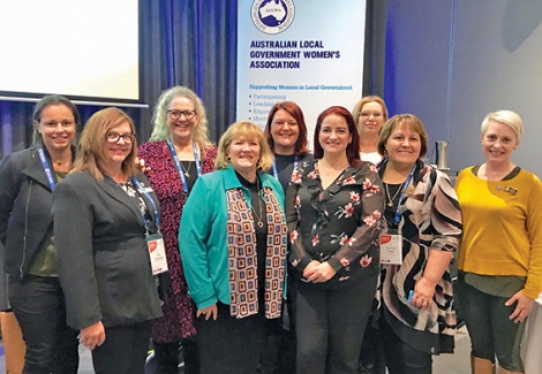 SEXIST jokes, derogatory names and even groping still persist in local government, but the new president of the Australian Local Government Women’s Association WA branch says the sector is changing.

Melville councillor Karen Wheatland was recently appointed to head up the branch and says there have been some positive signs of breaking down the blokey culture.

“At the WALGA convention last week, I heard firsthand of a town council in the Kimberley that already reflected the diversity in its community,” Cr Wheatland said.

“Of the seven members of this council, four were indigenous, three were women and three were Caucasian.

“There may very well be a council out there from the dark ages and if there is one like that out there, that’s one too many in my mind,” she said.

Bayswater councillor Catherine Ehrhardt is the branch’s new treasurer and says she’s seen a lot of misogyny in her time on council.

“I haven’t experienced too much of it recently” within the last two years, but at regional meetings with other local governments she used to have one member of another council “who every time he would see me he grabbed my arse,” she said.

Cr Ehrhardt said she was also referred to as “slut” by another member of that regional meeting.

Cr Wheatland says her organisation supported and encouraged women, and gave them a network where they wouldn’t be judged and could ask for help. Another is to improve female representation on council – particularly in senior roles.

Bayswater is one of the metro area’s most gender lop-sided councils favouring women, with 7 out of 11 – though even there the mayor and deputy are men.

Across the sector on 30.7 per cent of councillors are women, while on the admin side just 20 per cent of women are senior managers and a meagre 5 per cent are CEOs.

In 2009 local governments across Australia committed to a goal of 40 per cent women councillors, 35 per cent mayors and presidents, and 30 per cent senior managers by 2020.